We're pleased to let you know that we fixed a rare issue that resulted in Source project files becoming corrupt. For some time, Source has been using the temp folder in Windows to store projects while the application was open. An update to Windows has been released to automatically delete files in the temp directory. This caused a problem for some users, who found it convenient to keep projects open, sometimes for a week or more at a time. Project files would appear to shrink in size after saving and then fail to reload.

We have now released new versions of Source 4.5, 4.7 and 4.9 to resolve the issue by storing the data in a safer place. Please update to the latest version of Source.

However, the problem remains for anyone using earlier versions. For these users, follow the instructions below to disable windows automatically cleaning up temp data.

Other disk cleaners would also cause the issue if they were to run while a Source Project was open. Tools include:

Resolving the issue for earlier versions of Source in Windows

Hit "Start" then type in "Storage settings". This should take you to a screen that looks like this: 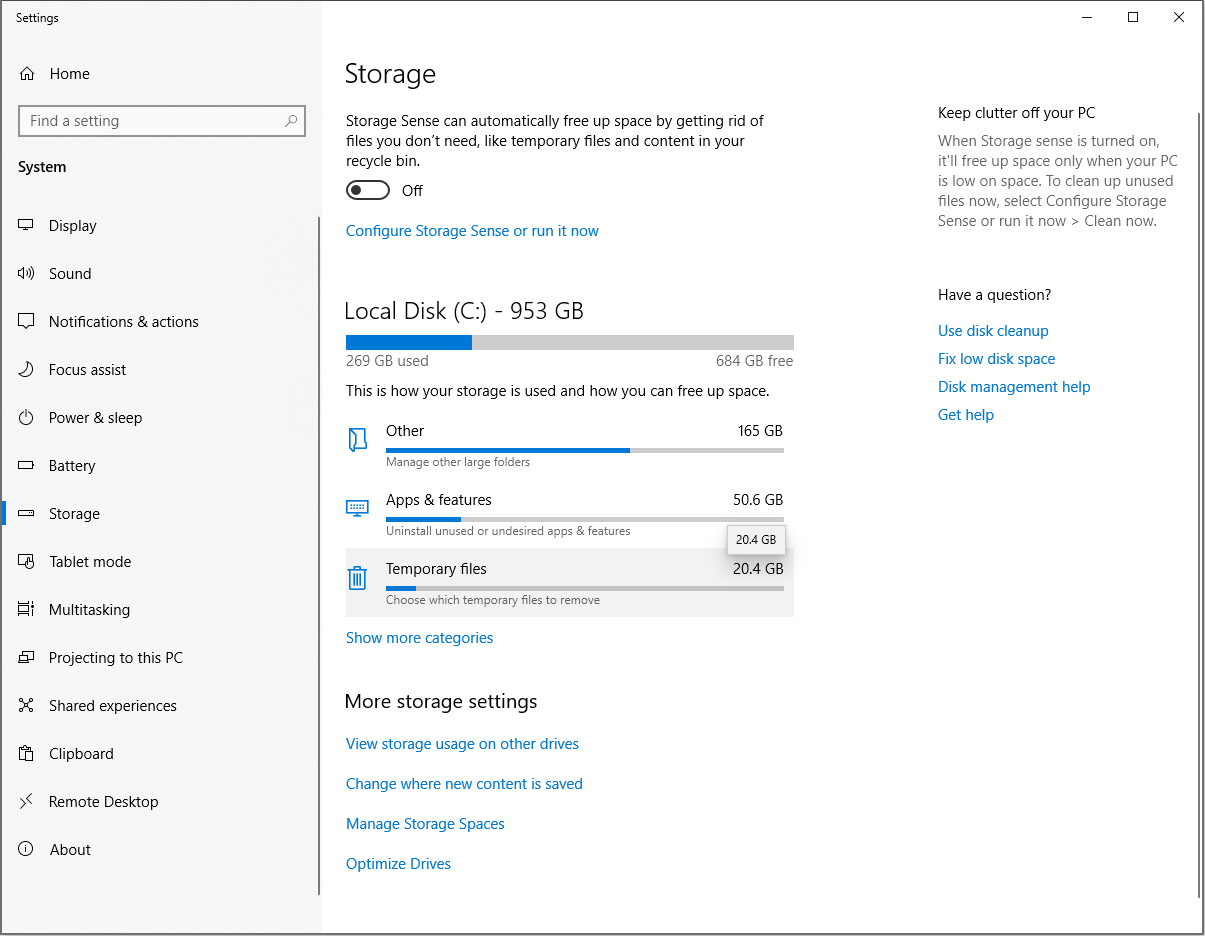 Select Temporary files. You should screen a screen like this:

Then make sure you don't have Temporary files selected.

You also need to ensure other applications such as those mentioned above, don't run while a Source project is open.