The phrase "bulk access licensing system" is used to indicate the situation where one or more water entitlements are being used cooperatively by two or more water users. The primary example of this situation is the NSW Irrigation Corporations where tens to hundreds of irrigators share a portfolio of three water entitlements (general security, high security, and conveyance). The idea of a bulk access licensing system could be used to represent other instances where a portfolio of accounts is shared between different uses; such as an environmental entitlement that can be shared at more than one location.

The water users in a bulk access licensing system have a portfolio of accounts from the secondary resource assessment system.

Working with bulk licensing in Source

Each bulk access licensing system has its own bulk licensing node. The node performs two roles:

Specifying a portfolio of accounts

Setting up the bulk access licensing system's portfolio of accounts is a three step process:

Create one or more water accounts using the Resource Assessment Explorer (refer to Adding an account) and choose the bulk licensing node as the associated account host.

Note: The priority and share for each account can only be edited while the Accounts Enabled switch is ON.

The account usage priorities are set up in a similar manner as at a water user node. The account (or accounts) with the lowest value assigned to Priority will be used first and will continue to be used until there is no balance remaining. The process is repeated for each priority level in order of increasing priority level until there is no remaining balance in any account. In the case of two or more accounts having the same priority, usage is distributed in proportion to the share value of each account to the total share value at each priority level. 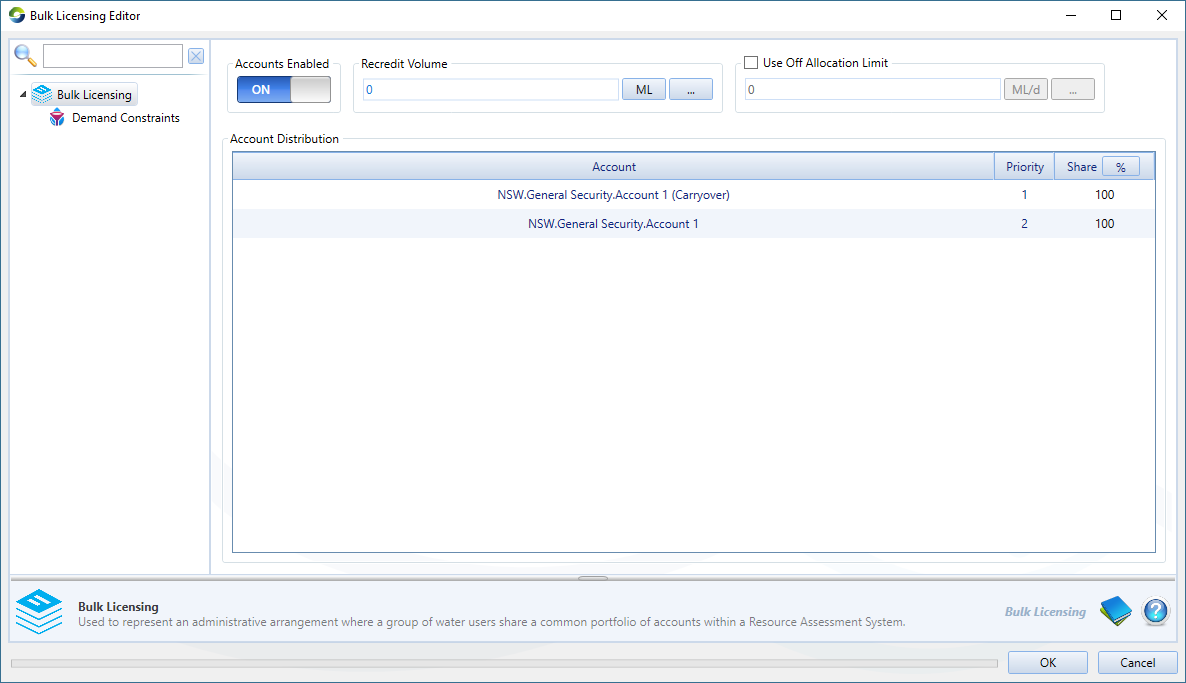 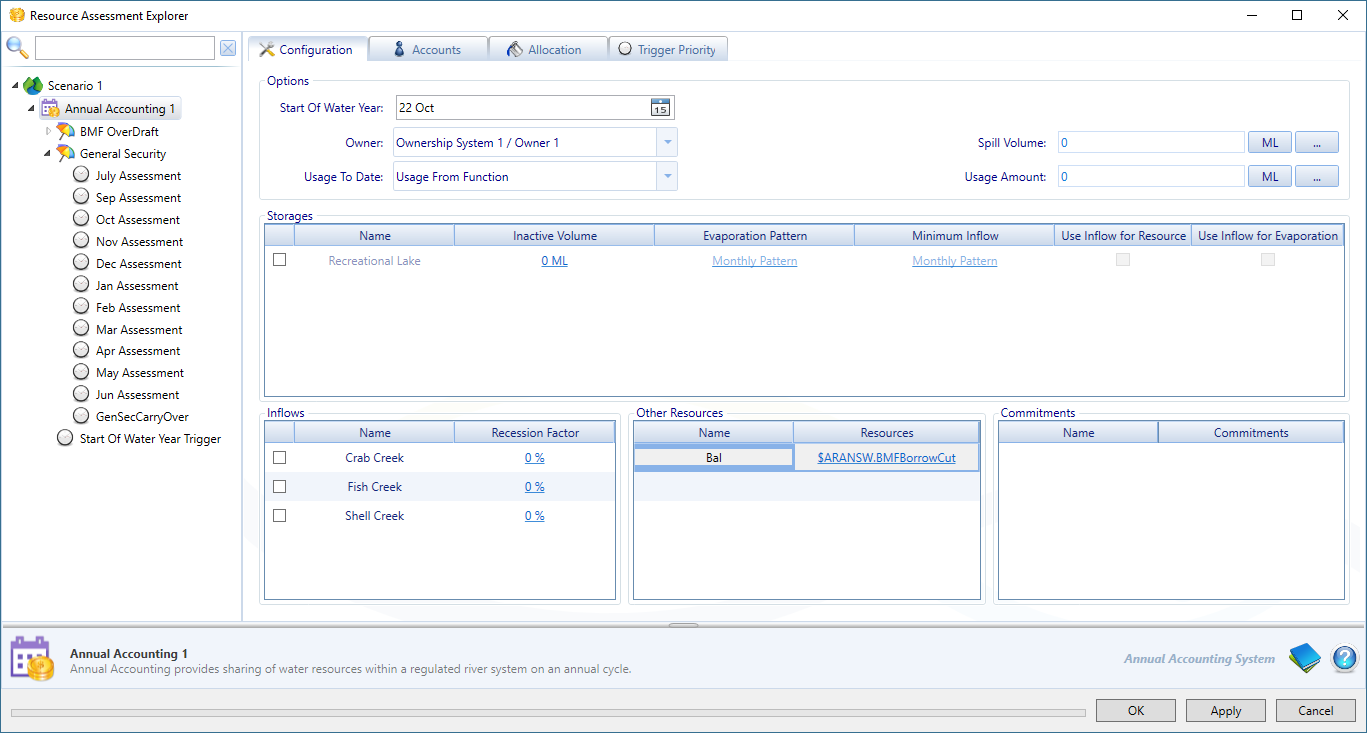 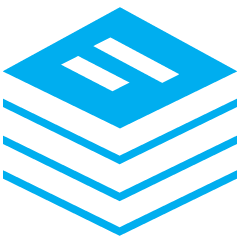