Note: Although you can edit the list of FUs using the Edit » Functional Units » List menu item, this is not recommended as it may result in the loss of any model definition and settings of the deleted FU(s).

You can assign areas to every functional unit in each sub-catchment in one of two ways:

Areas can also be imported into the Functional Unit table from a .csv file.

Note: Areal percentages per sub-catchment must sum to 100%. An error message is shown if Functional Unit areas do not add up to 100%:

A 'Normalize Area Ratios' Button has been introduced in versions of Source after version 4.2.6. This button can be used to manage small errors resulting from decimal rounding. It will automatically fixed the sum of FU areas to equal the sub-catchment area.

This is especially useful when areas are calculated from a shapefile or raster, where resolution differences between sub-catchments and FUs can result in small area differences.

Manual assignment of functional units is done in the Function unit area configuration dialog (Figure 1). This table lists all combinations of FUs and sub-catchments. For each sub-catchment, enter the area that is allocated to each FU. You can specify this as an absolute value in the Area column, or as a percentage in the Area Ratio column. Values can be entered into individual cells, or in multiple cells as follows: 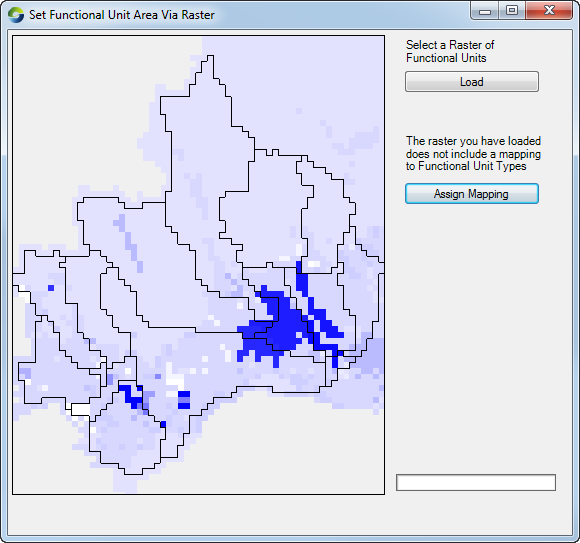