SIMHYD with routing operates at a functional unit scale and daily time-step.

The SIMHYD with routing model has nine parameters as compared to the 17 parameters required for HYDROLOG and the 19 for MODHYDROLOG.

The SIMHYD model was developed by Francis Chiew in Fortran and converted to C# in TIME by Jean-Michel Perraud. Routing was added by Jai Vaze and Phillip Jordan.

Figure 1. Structure of the SIMHYD with routing rainfall-runoff model 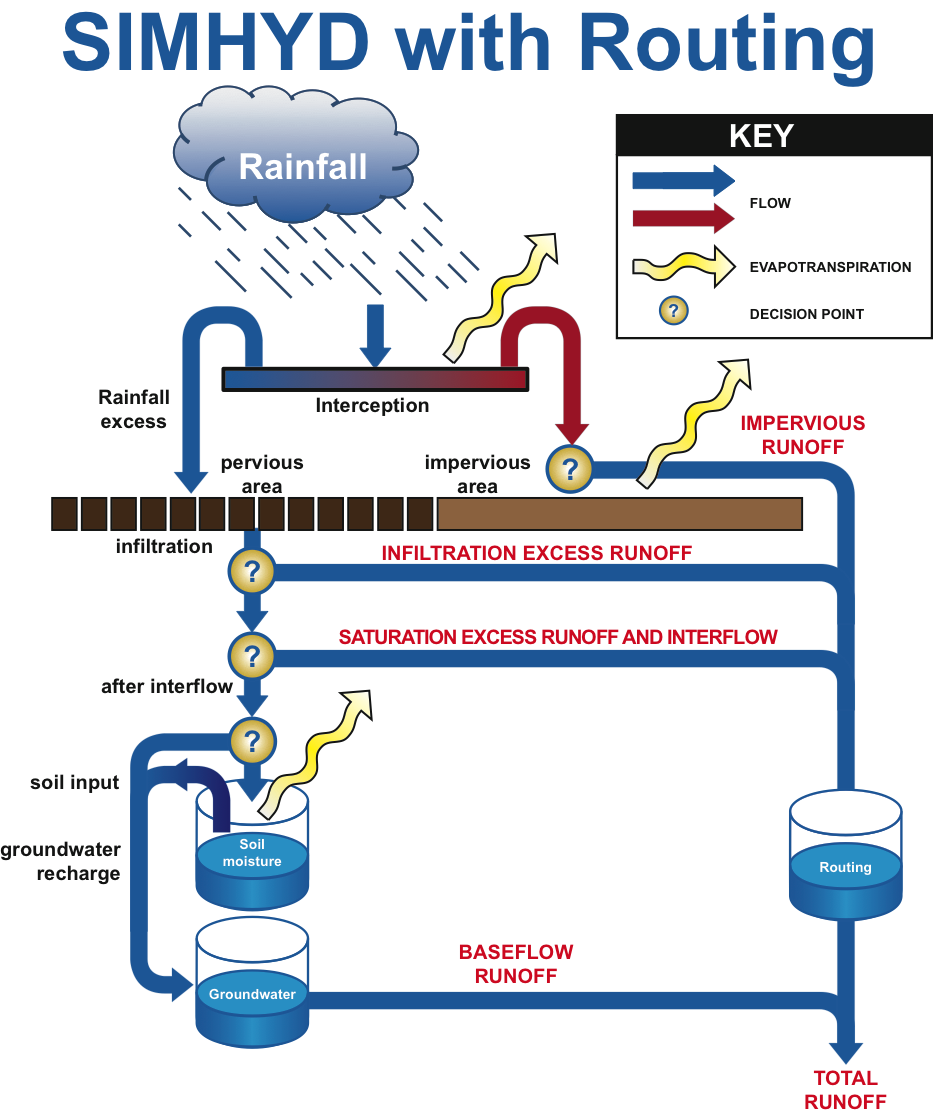 The fundamental equations of the model are shown in Equation 1 through Equation 10.