The Scenario transfer node (STN) handles the joining of two scenarios and conceptually comprises of two components, the Upstream STN and Downstream STN (as shown in Figure 1). The node links two scenarios and runs them together. Constituents, orders and ownership are passed between the two scenarios. However, off allocation does not operate over scenarios, instead, the STN operates like an off allocation boundary - similar to the Transfer Ownership node.

The STN operates in either a connected or disconnected mode: 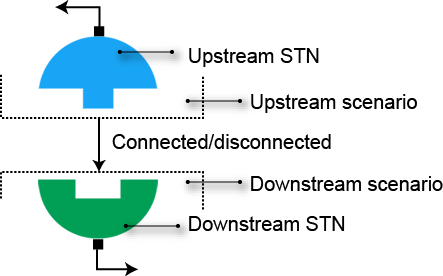 Connecting two scenarios with an STN requires adding both an Upstream STN and a Downstream STN. Ensure both upstream and downstream scenarios are in the same project (see Importing Scenarios).

In the upstream scenario, you add the STN to an outlet of the model. In the downstream scenario, you add the STN to an inlet of the model. In a schematic scenario, you can add an STN and connect it with a straight through link to an inlet or outlet, as appropriate.  In a catchment scenario you can also change the node model of an existing node at an outlet or inlet. When linked to the network, the STN node icon will automatically change to an Upstream or Downstream STN, depending on whether the connection is downstream

To connect an Upstream STN to a Downstream STN: 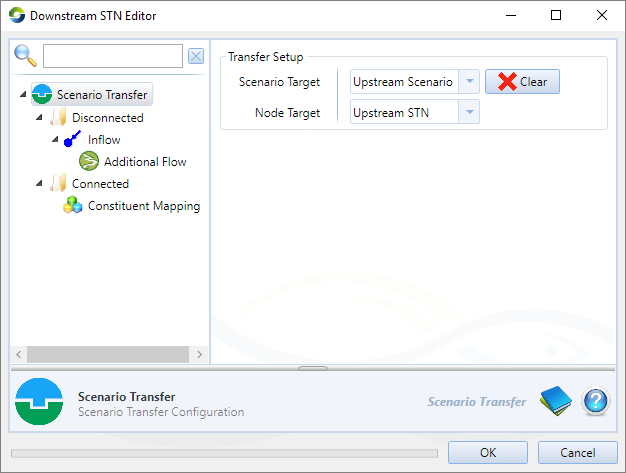 A Downstream STN acts as an inflow node.  If desired, configure the inflow by opening the STN feature editor and navigating to Scenario Transfer » Disconnected » Inflow, see Inflow node.

For both Upstream and Downstream STNs, you can configure ownership and constituents in disconnected mode.

Note: Mapping of constituents between two linked scenarios is configured in the Downstream STN.

Once constituents are defined in both the upstream and downstream scenarios, you can map constituents between the two scenarios using the Downstream STN feature editor. Choose Scenario Transfer » Connected » Constituent Mapping and click Add (as shown in Figure 3).

A model will operate even if the constituent processing methodology (lumped or marker) is different for each scenario. For example, consider the upstream scenario is configured with lumped routing and the downstream scenario with marker routing. Constituents will be passed from the Upstream STN to the Downstream STN even though the methodology is not the same. 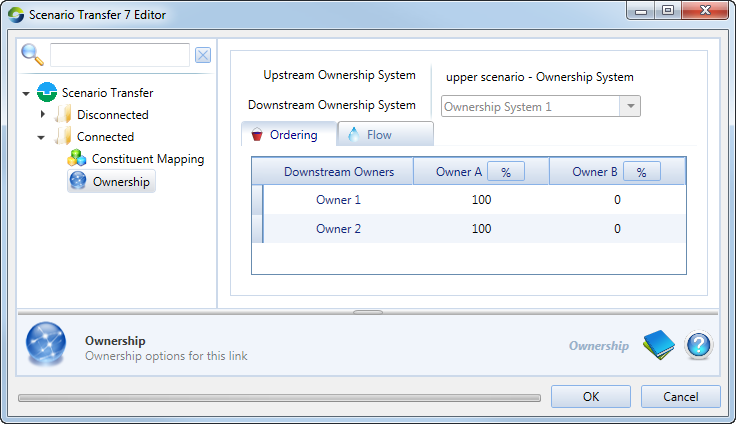 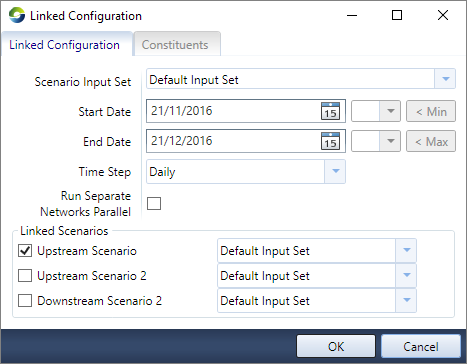 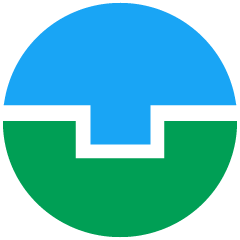