The Groundwater Numerical model for 1-Dimensional flow (GN1D) simulates the stream – aquifer flux and groundwater heads for a saturated connection between a river and connected unconfined aquifer. The model has been developed to meet three primary needs:

It operates at the scale of a river reach and represents the following types of processes:

The GN1D model is not intended to capture the details of regional groundwater flow or small-scale variations in groundwater levels across a catchment. These types of applications require the use of a more complex 3D groundwater flow model, such as MODFLOW (Harbaugh, 2005).

The model is applied at the link scale. The model assumes a daily time-step.

Both of these methods are well established. A project demonstrating their implementation in the Source GN1D model is underway.

The model conceptualises a river reach as a straight line and assumes that the subsurface soil properties are homogeneous across the model domain. The geometry of the riverbed and the surrounding land surface are defined by a cross-section that lies perpendicular to the reach.
The regions either side of the river reach are divided into a number of subsections that run parallel to the reach (see Figure 1). Within each subsection, the subsurface is conceptualised as an unsaturated zone overlying a saturated zone:

The geometrical conceptualisation and the unsaturated and saturated zone models are described in more detail below. 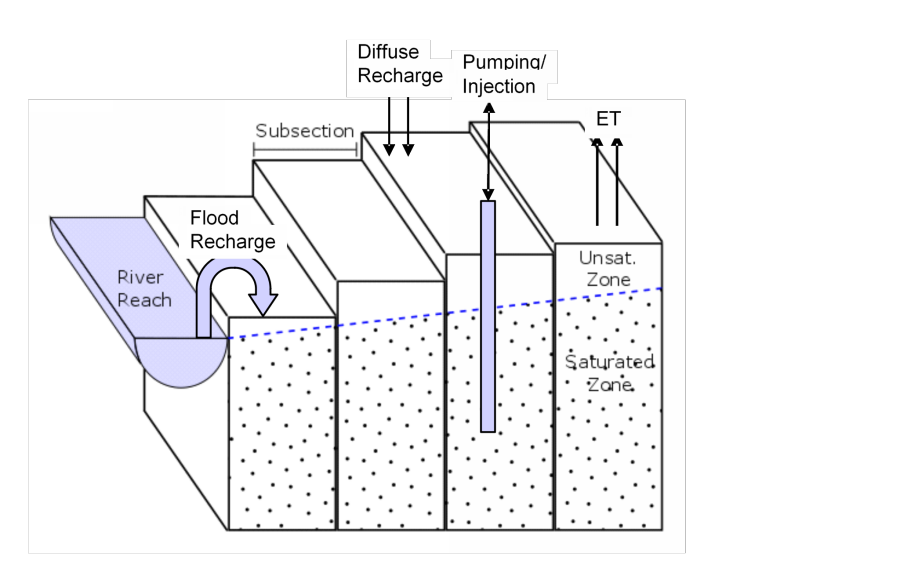 Figure 1. Conceptual illustration of the GN1D model structure, showing one bank of the river reach only.

The geometry of the riverbed and the surrounding region is defined by specifying a cross-section that lies perpendicular to the river link (see Figure 2). This cross-section represents the average link topology, and it is applied uniformly along the link.

It is important to note that the cross-section defines the coordinate system used by other components of the groundwater model, such as the locations of pumps and observations bores.

At the same time as defining the cross section, the user must also define: 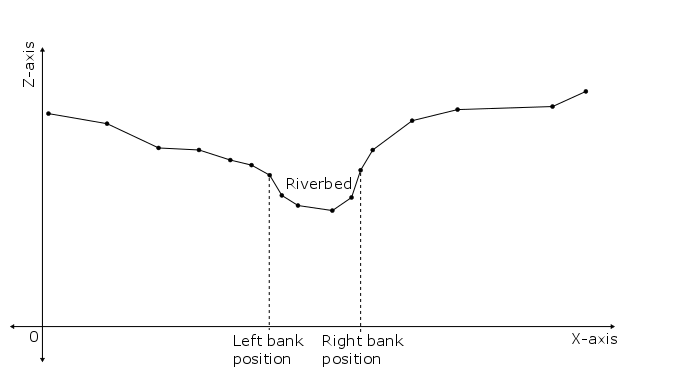 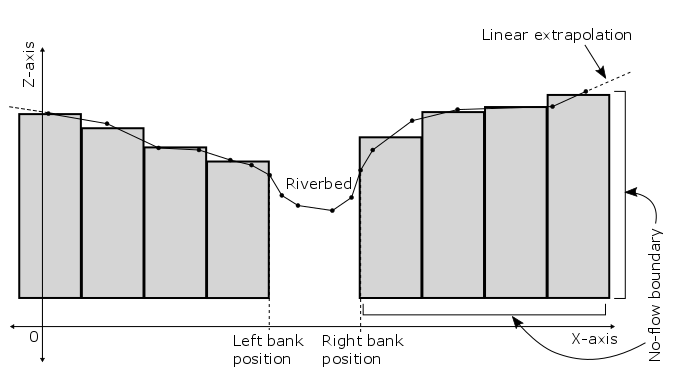 Figure 3. Example illustrating the representation of a cross-section within the groundwater model using 4 subsections per bank (grey shading).

The infiltration module is based on the Mein and Larson (1973) formulation of the Green-Ampt equations. It has four parameters that must be entered by the user. These are:

The parameters of the Mein-Larson equations can be related to measurable soil characteristics and the equations are simple and easy to solve. Two constraints of the approach are that:

Diffuse infiltration takes as input a time series of rainfall (or other diffuse source) intensities. The Mein and Larson equations model diffuse infiltration in two stages as illustrated in Figure 4 (Mein and Larson, 1973). The first stage predicts the volume of water that will infiltrate before the soil surface becomes saturated. From this point, surface runoff begins and the infiltration capacity is predicted by the Green-Ampt equation. 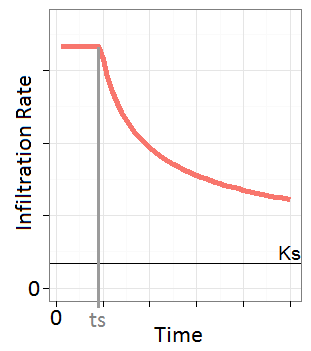 Figure 4. Infiltration rate as a function of time for steady rainfall.

The method assumes that the ponding depth does not change during a time step, which is reasonable if the infiltrated volume is a small in proportion to the ponded volume. As with diffuse infiltration, the soil is assumed a homogeneous medium.

The saturated zone represents the groundwater aquifer. The 1-dimensional equation for horizontal groundwater flow is given by:

Equation 1 is derived from Darcy's law using conservation of mass and assuming that transmissivity is homogeneous (constant) and isotropic (equal in all directions). 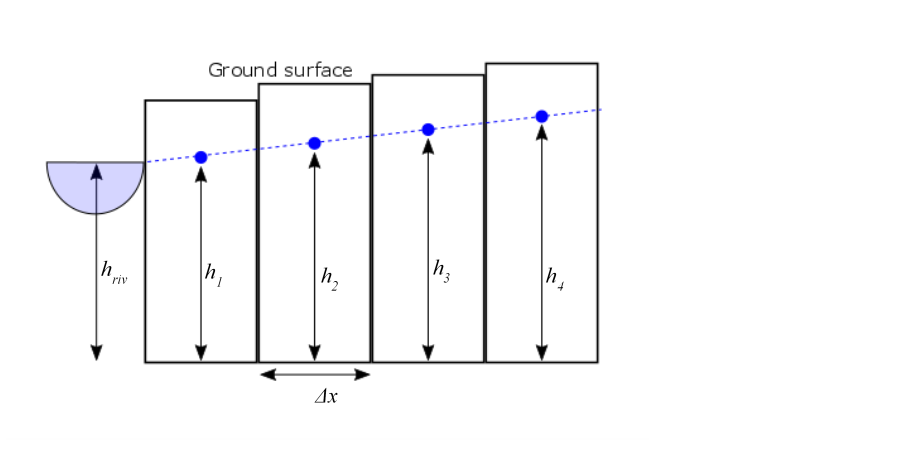 is set by the user and is uniform for all subdivisions, i.e.

is the number of divisions.

Equation (2) is valid for lateral flow in a confined aquifer and can also be applied to an unconfined aquifer providing that the spatial variation in head is small compared to the aquifer thickness. In the context of estimating stream – aquifer interactions, this requirement is generally met if the stream is not deeply incised compared to the unconfined aquifer thickness. The phreatic surface (i.e. the groundwater table) can be highly variable close to things such as extraction bores. However, at the spatial scale at which the model is designed to operate, the localised impacts of groundwater extractions are likely to be less significant.

Equation (2) becomes unstable if the following criteria is not met:

The GN1D model settings and parameters are described in Table 1. Typical values of the parameters for the Mein-Larson infiltration equations are given in Table 2.

Each time step, the GN1D model requires the river stage, which is calculated by the link using a rating curve. Other inputs are configured by the user and are summarised in Table 3.

The primary outputs of the GN1D model are the following time series: