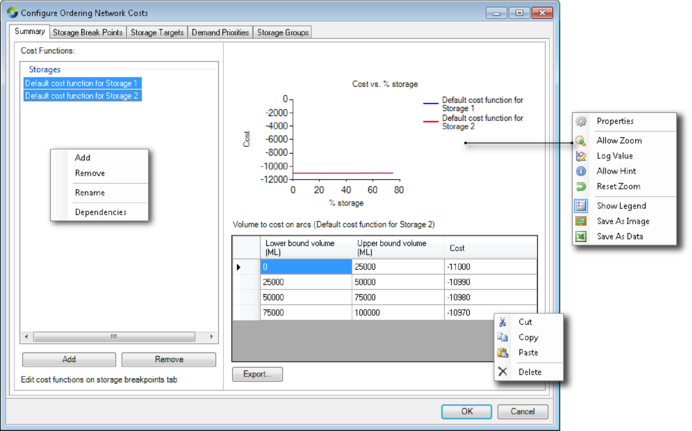 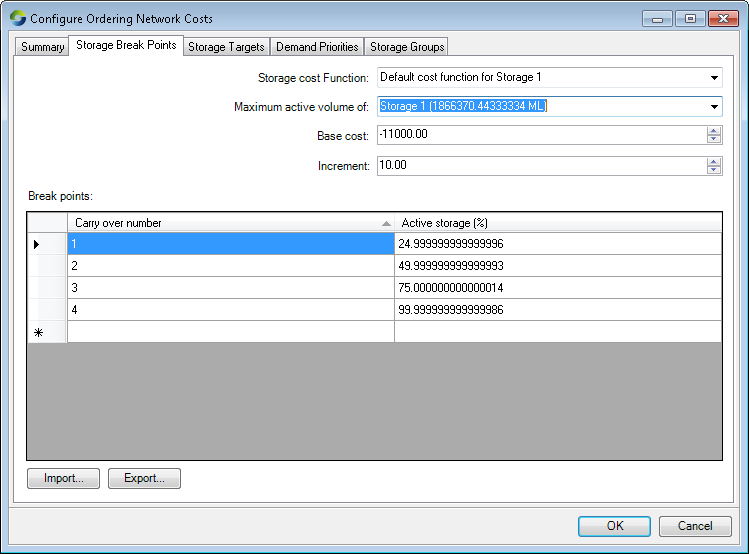 Although you can define storage breakpoints for storage A in terms of storage B, you should avoid doing so because it can lead to infeasible solutions. 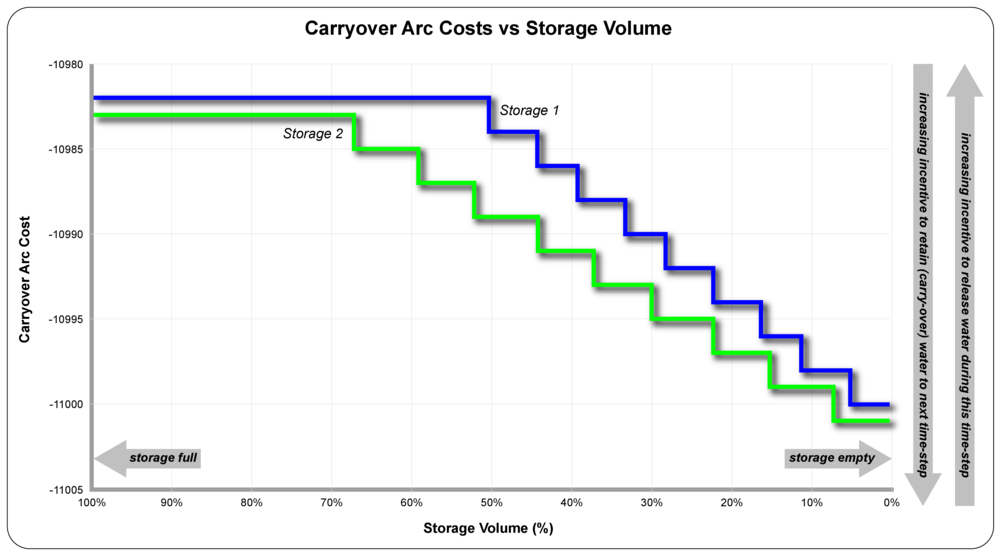 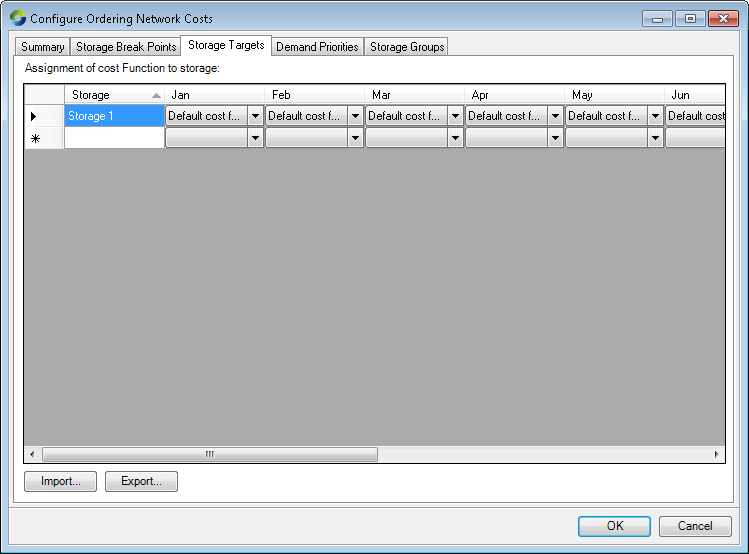 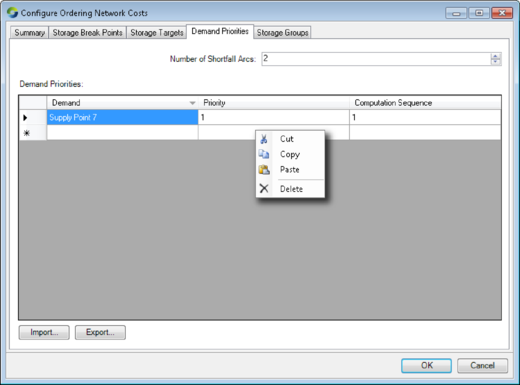 Note: At the time of writing, it was only possible to adjust priorities or computation sequences by loading the settings from a .CSV file.

Note: In a netLP system, refer to Operating targets when setting up a storage node.