The approach is particularly relevant to urban water supply but can also be used to trigger events such as releases from a certain storage, desalination plant supply rates or environmental flows based on salinity levels. The aim of the trigger/restriction curves is to provide a time series that tracks what level of restriction the system is in. This time series can then be used to modify some other variable such as demand or inflow (desalination) as well as being a measure of the standard of service delivered.

Restriction Curves provide water management rules that aim to avoid the situation where all water in the storage is used up and aim to extend the period when a certain minimum supply can be ensured. Users can be informed about these rules in advance so that all stakeholders know what to expect under the range of possible conditions of water supply. Restriction levels are best estimated using a long historical record of daily inflow rates and water storage levels and volumes.

The Restriction Curves approach relates Restriction Levels to a Return Value, which can then be used to modify the model. For example:

The falling Restriction Curve for Restriction Level 0 is redundant and is not used (there is no less severe restriction than Level 0). 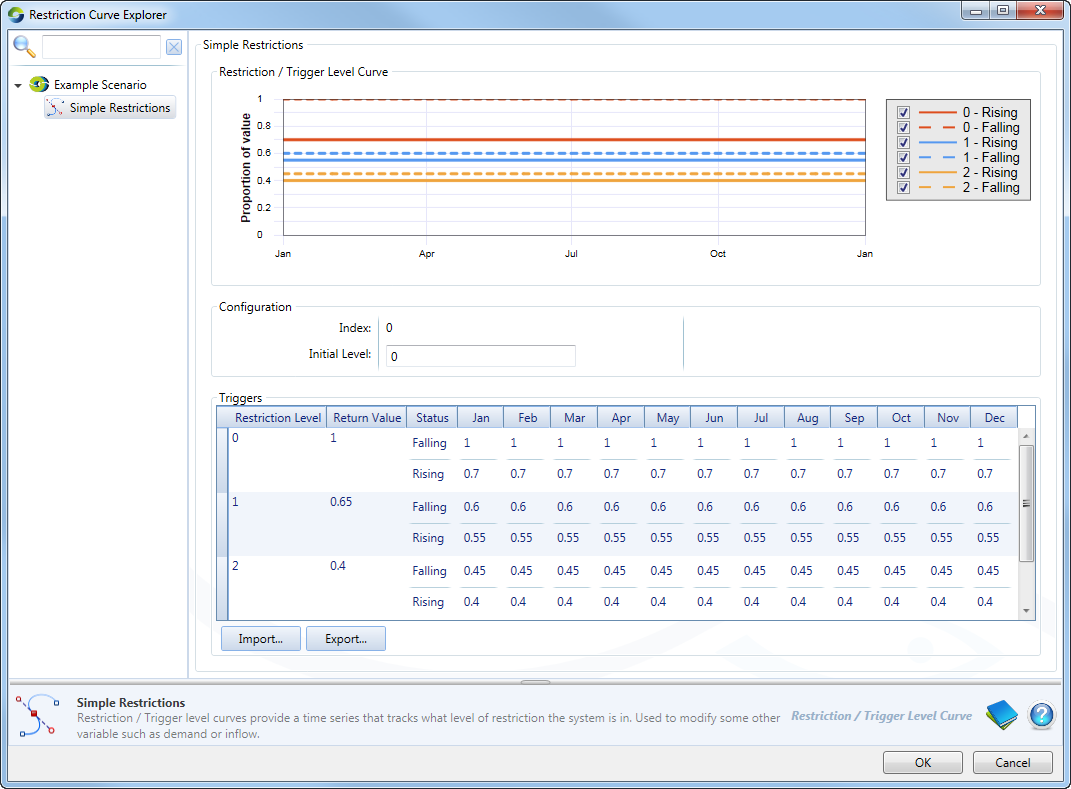 Figure 1 also shows that the Falling and Rising trigger values for switching Restriction Levels can change on a monthly basis. For example, lower levels in a water storage might be tolerated at the end of a dry season because of water use through this season – and an upcoming wet season is expected to provide inflows to the water storage and reduction in water demand. 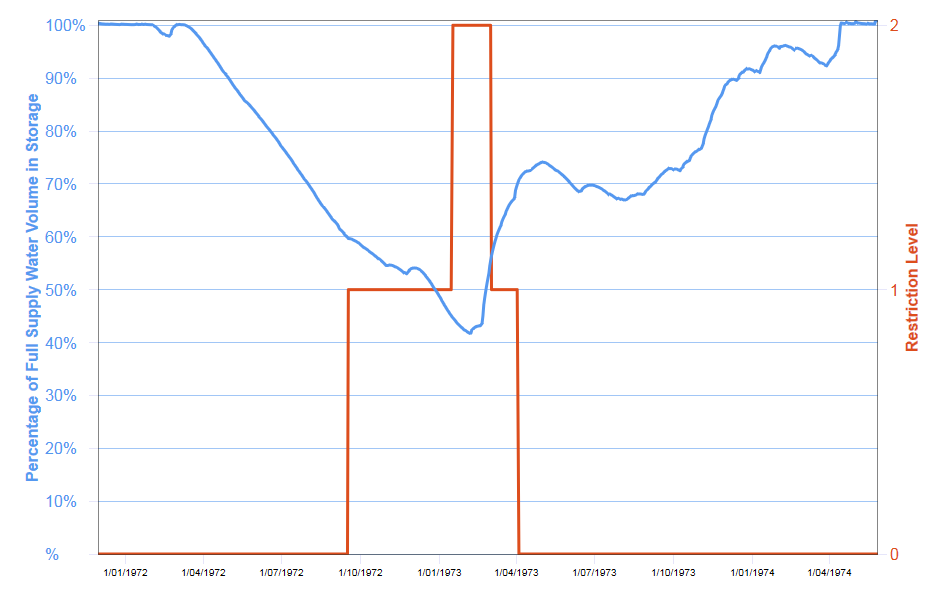