To run a scenario, do the following:

Figure 3 shows the dialog when you configure a linked scenario (using a Connecting Models). 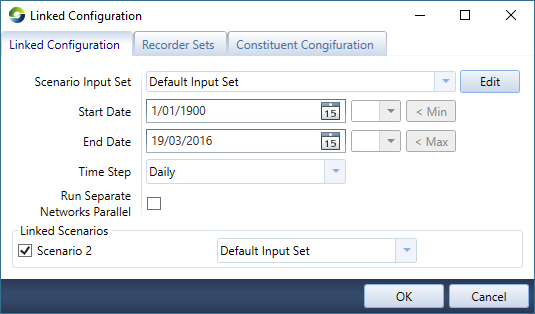 To delete a configuration, select the relevant row and press the Delete button on the keyboard. 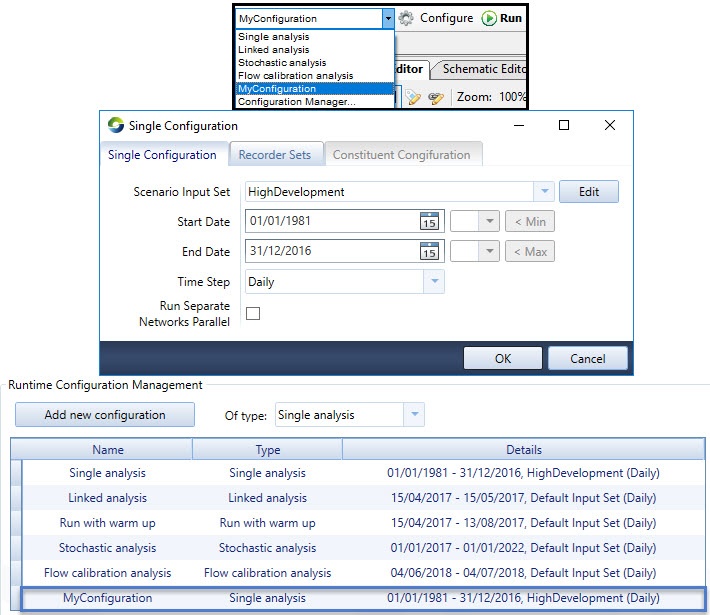 Generally, the larger or more complex the model, the longer it will take to run. There are several user-configurable options in Source that you can use to increase performance (ie. reduce scenario run times) by ensuring only necessary functions and features are enabled during a model run. For example, you can reduce the number of recorded parameters (see below), or reduce the modelling period by choosing appropriate start and end dates when configuring your model (Figure 1).  Other options include running various model components in parallel, these options can be enabled when configuring the model (Figure 1) and from within the Scenario Options dialog (Edit » Scenario Options). See Improving Performance for more information.

Model results are only output from a model run for the Parameters that have been selected as recorded in the Parameter window (Figure 8). Custom Recorder Sets can be saved, or exported from a model and provide a quick method for changing the activated recorders within the model. 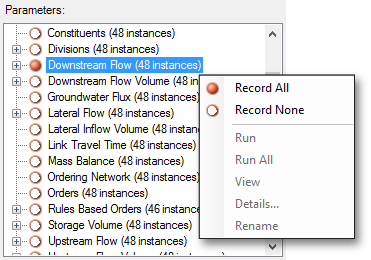 The quickest way to construct a Recorder Set is to enable recorders manually in the project hierarchy and parameter pane, and then select Edit >> Recorder Sets, right click on the scenario name and select Create Current Recorder Set (Figure 9), this adds all the selected reorders from the project to the Recorder Set editor pane. This Recorder Set can then be edited, saved or applied immediately to the project.

Recorder Sets can be added manually using the inbuilt text editor. Select Edit >> Recorder Sets, right click on the desired scenario and select Add Empty Recorder Set. Text configuration can also be read directly from an external text file with reload on run enabled, by selecting the File instead of the Manual configuration option (Figure 10). 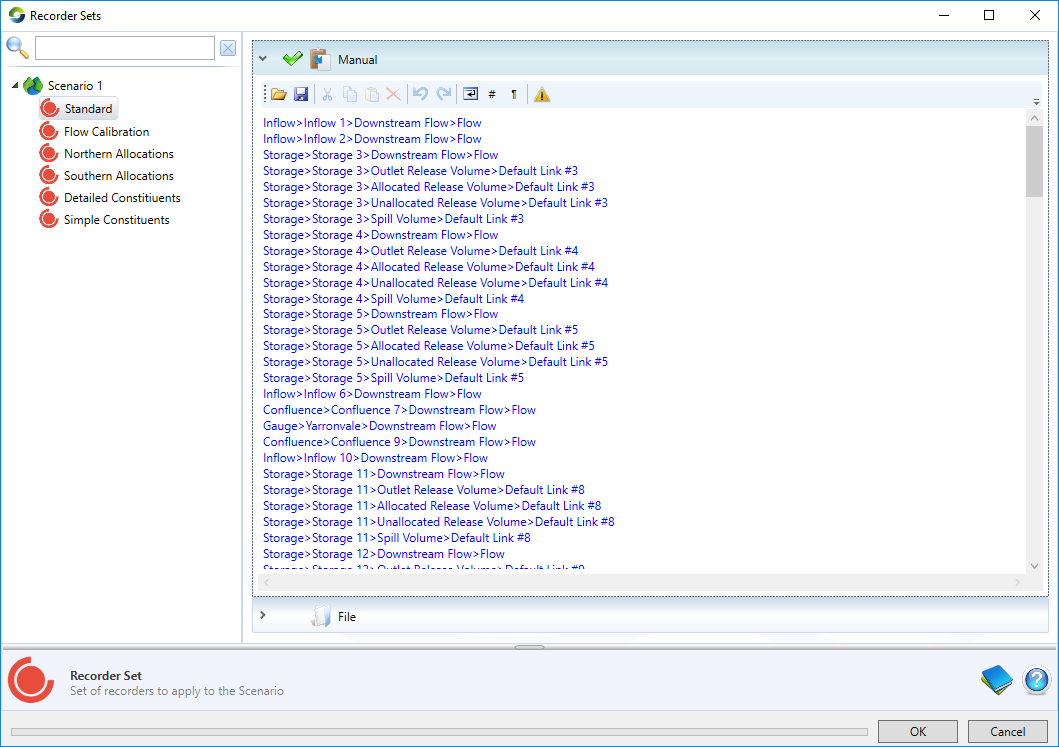 To record every downstream flow recorder, you must use * > * > * > Downstream Flow

When configuring the model run, multiple recorder sets can be enabled and recorded for the model run (Figure 11). 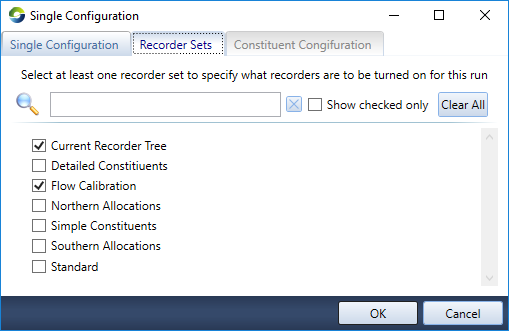 Networks with multiple outlet nodes (Figure 12) can be configured to run separate networks simultaneously by selecting Run Separate Networks in Parallel ( see Figure 1 above). This should not be selected as an option if there are calculation dependencies across the separate networks, e.g. Subnetwork 2 calls a function which involves a value from Subnetwork 1.

Figure 12. Example of geographic and schematic scenarios with multiple outlets