eWater is pleased to announce the latest Production Release of Source version 4.11.

You can now combine sub-catchments in a geographic scenario: 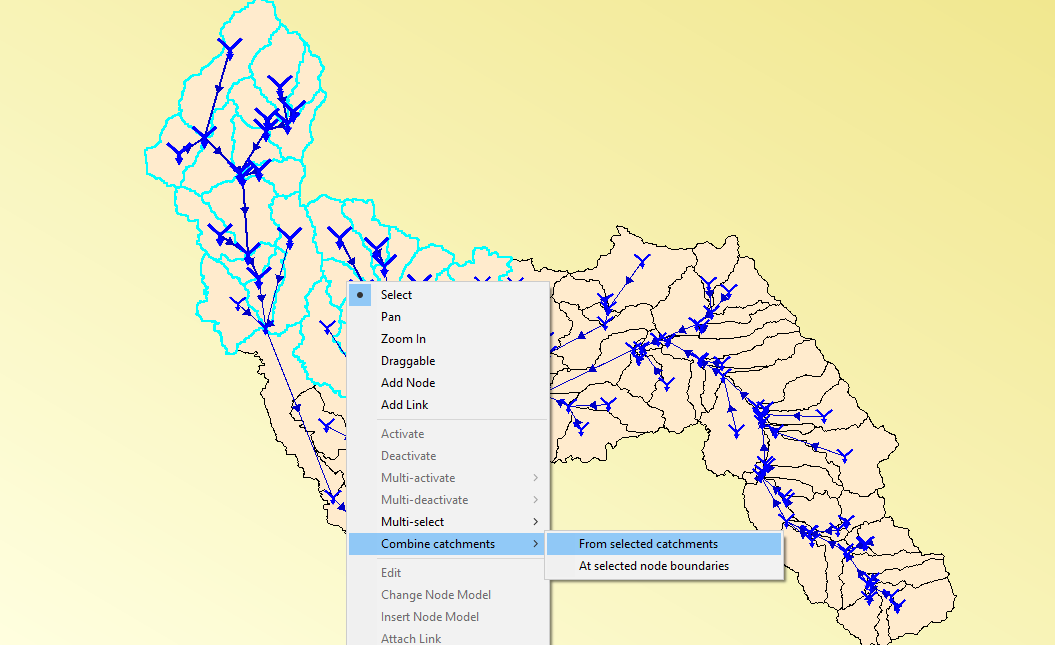 The first catchment selected is deemed to be the Primary Catchment.

At the moment you need to have a single outlet for all of the sub-catchments you are combining. This restriction will be relaxed in future versions. 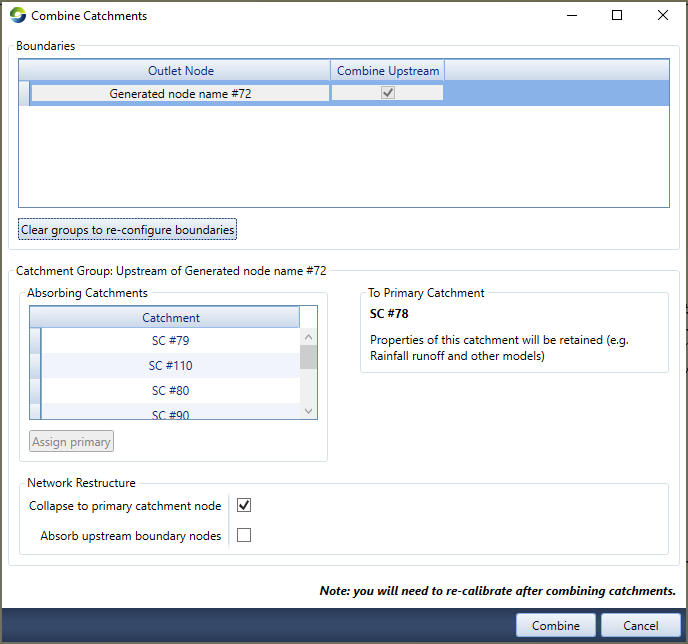 You can select a single node and combine all of the catchments upstream of it.

The calibration tool has undergone significant enhancements. It has been changed from a flow calibration tool to a generic calibration tool. You can now specify any recordable output (including functions) to be used as part of the objective function in the calibration wizard.  The independent variable can now be a Data Source, rather than a separately loaded text file.

We still have more work to do in allowing any parameters to be modified.  We have enabled users to calibrate constituents as a first step.

Infinite loops removed from Off Allocation and the Environmental Flow Manager

We have modified Off Allocation and Environmental Flow Manager distribution logic to remove the infinite loops that could occur in some models.

Insight now produces a file which is a cache of model run results. This means that when you run an insight optimisation and then decide to increase the number of generations of the optimisation, you can continue the extended optimisation from the end of the previous optimisation. This also means you can stop an insight run and restart it without wasting a large amount of time.

We have resolved a number of issues identified with charts and the mass balance tool since their redevelopment.

Chart aggregation can now ignore null values. This allows for the aggregation of seasonal data to an annual time series. e.g. you can now generate a series of the total summer inflows each year.

Some results have changed between Source 4.9 and Source 4.11. Result changes are mostly around weirs and improvements to unit validation: 4.11 Result Changes from 4.9