Since the 3.7 production release in July 2014 we have implemented a significant number of improvements to Source, including many new and enhanced features, and we have improved performance both in run times and menu response. Highlights are:

With the new Cross Section Editor you can now create river cross sections and generate rating curves by configuring a Manning's roughness and river slope, and apply the rating curve to a storage routing link.

A new lateral finite difference numerical groundwater model is available for storage routing links, the Groundwater Numerical model for 1-Dimensional flow (GN1D), simulates the stream – aquifer flux and groundwater heads for a saturated connection between a river and connected unconfined aquifer. The model has been developed to meet three primary needs: 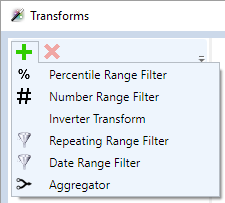 View your schematic nodes and links in geographic context against an OpenStreetMap background (map, photo, or hybrid)

Source now has a set of very powerful features that make it easy to work with and customise scenarios and projects.

Project options group together settings which operate on the whole project such as Unit Preferences, some Results Manager options and Audit Log settings*.

Scenario options group together settings that operate on the selected model network. 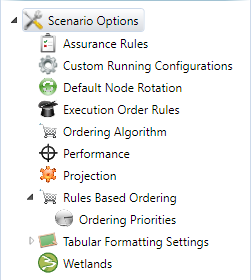 Scenario Input Sets are a very powerful feature that allows you to modify not only input time series data sets through Data Sources, but also, node, link and function parameters. When combined with the scenario configuration option and the ability to run Source via the command line, this is a powerful way to run models with different input conditions and with parameter options, for example, climate change ensembles.

Copy and paste a subset of nodes and links, together with associated data sources and functions, between scenarios, as well as within the same scenario. It can even be used to copy from a schematic to a geographic scenario.

Link scenarios together and run them as a combine model using the new Scenario Transfer node. This special node will also pass constituents, ordering and ownership between linked scenarios.

You can deactivate some of the nodes in your model (eg. storages) to run with/without the node options without needing to duplicate the scenario. Activating and deactivating nodes can be managed with Scenario Input Sets. It’s also useful when building a large scenario – you can disable any part of the model and only run the section you are currently interested in.

You can now import scenarios from other project files. This works with copy/paste to build models from a number of smaller models.

The diff scenario tool is used to compare two scenarios and explore the differences between them (Tools \ Diff), covering configuration, functions etc..

Export a scenario summary to .csv format. This tool outputs the summary in the same format as the Scenario Input Sets, so that you can configure scenarios from the base case with ease.

Improvements to optimisation in the Calibration Wizard include:

You can now add multiple storage level-volume-area relationships to represent the dynamic nature of storage volume over time, particularly relevant in rivers with high sediment loads loads where storage varies considerably over time.

In addition to an overview of nodes and links, the Feature Table now includes data inputs, resource assessment, ownership and functions. It provides quick access to many of the configuration attributes on Source elements, including an import/export facility which makes sharing attributes easier.

Various updates to annual accounting and triggers, including:

A new faster Newton-Raphson solver has been implemented in wetlands which is more stable and more flexible. The wetlands documentation has also undergone a thorough review with expanded sections clarifying the wetlands model implementation.