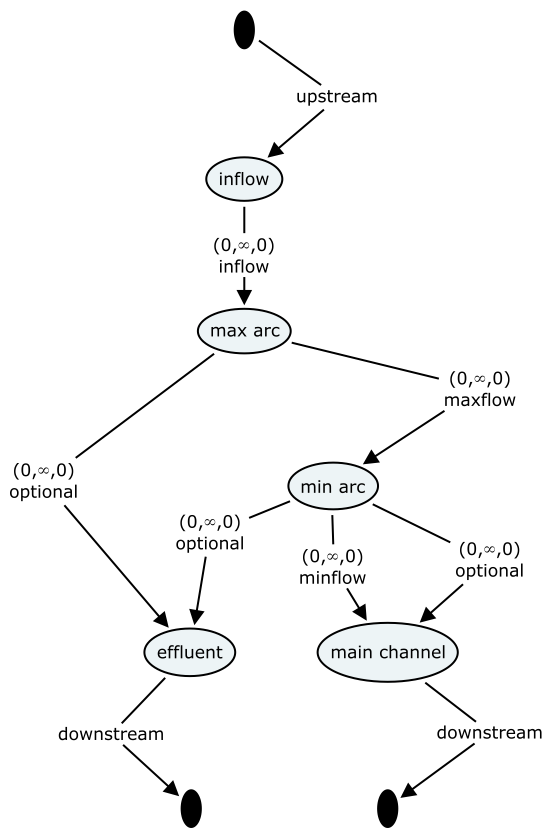 A minimum flow requirement is implemented by a two-arc construct. The requirement has a high incentive arc limited to the value of the constraint. Any water beyond the minimum will flow via the excess path which has a zero cost. The constraint is set on the corresponding Minimum Flow Requirement node in the Source schematic. See Figure 4. 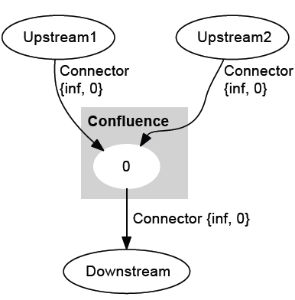