A rainfall runoff model is used to derive runoff for a particular area from inputs of rainfall and potential evapotranspiration (or areal potential evapotranspiration). All rainfall runoff models in Source are conceptual models that represent catchment hydrological response to rainfall as a series of mathematical relationships. They provide runoff output from each functional unit as total discharge, which is split into quick flow (surface flow) and slow flow (baseflow) components. Refer to the Source Scientific Reference Guide for more detail.

Choosing and calibrating your rainfall runoff model is essential. The quality of your rainfall runoff calibration can interact with, and affect output from other models. For example, where constituent load is calculated as the product of flow and concentration, any errors in flow estimates will be propagated through to load estimates.

Consider the following when choosing a rainfall runoff model:

Refer to the Source Scientific Reference Guide for details on the types of rainfall runoff models.

Attributes of this dialog are similar to those listed in Feature Table. 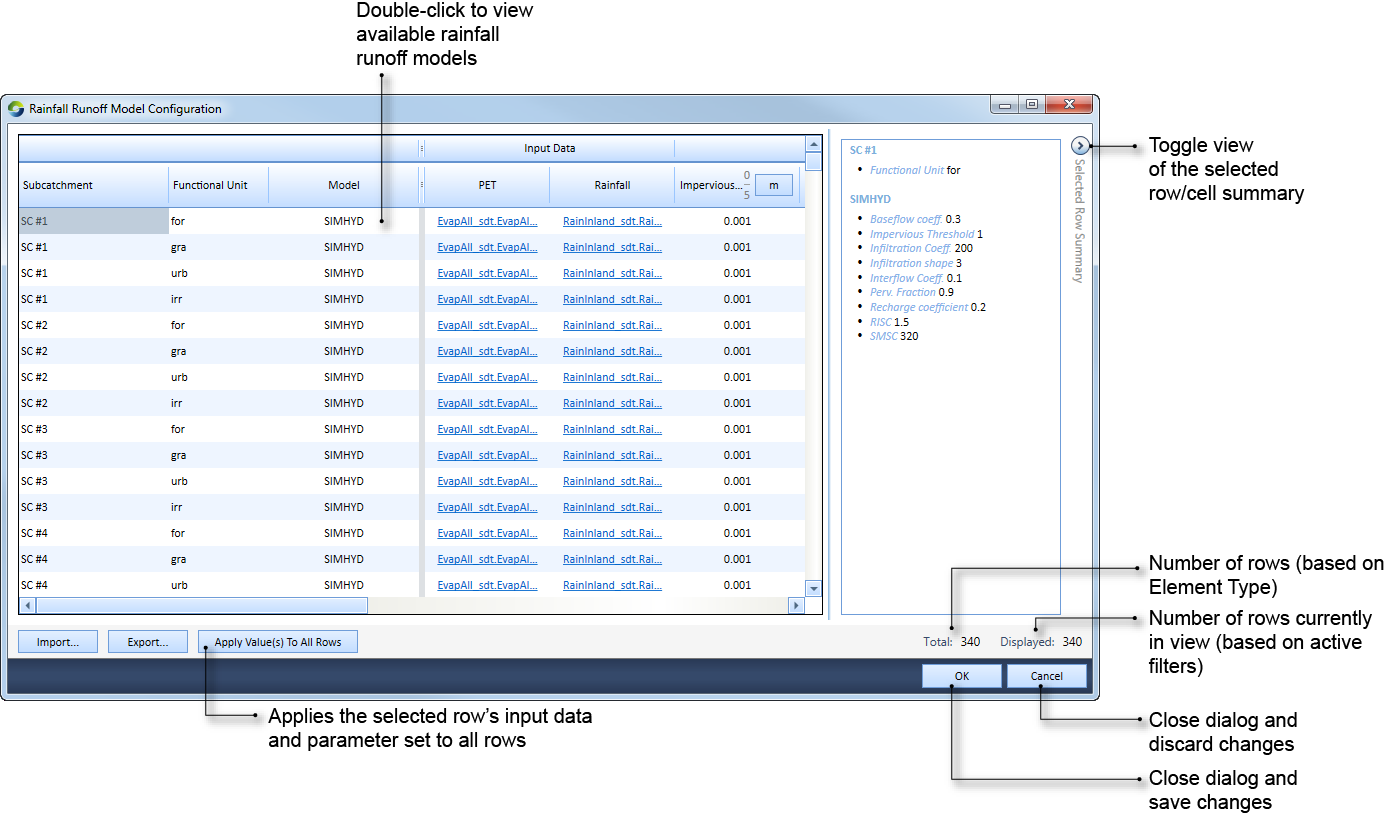