e Minimum Flow Requirement node is used to ensure that there is a minimum flow rate at a point in a river system to meet various demands (stock, domestic or environmental needs). It is also used to generate transfers between an upstream and downstream storage. This node imposes a constraint which must be met at that point in the river model, even if additional water must be released from a storage. The requirement can be specified as: 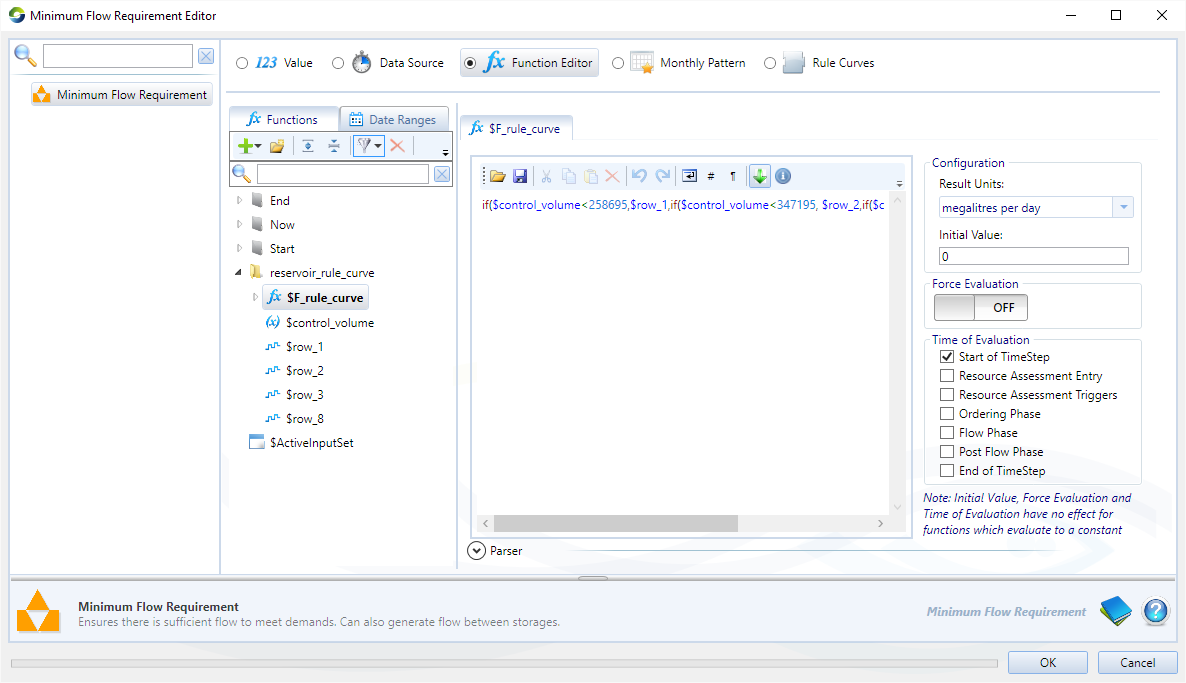 These allow you to manage releases based on the output of another model component (i.e. a sensor) using a lookup table (Figure 2). The first column in the rule curve table, the trigger, is the output of interest from the sensor, eg. the water volume in a storage. The rest of the columns are the minimum flow requirement (as a flow or volume) given the month and sensor output. The rule curve is linked to the sensor output using the Trigger Function. For example, if $TriggerFunction = $ModelledVar_StorVol, where $ModelledVar_StorVol is a modelled variable equal to the storage nodes' storage volume, then the minimum flow requirement generated will depend on the month and the storage's volume.

You can enter the rule curve manually or load a *.csv file with the format shown in Table 2.

desc is a title, it is ignored during import.

month is the month of the current time step, it is ignored during import; it is assumed that column 2 is January, column 3 is February, ..., column 13 is December.

y is the lookup value

value is the result that will be returned for the corresponding month and y. 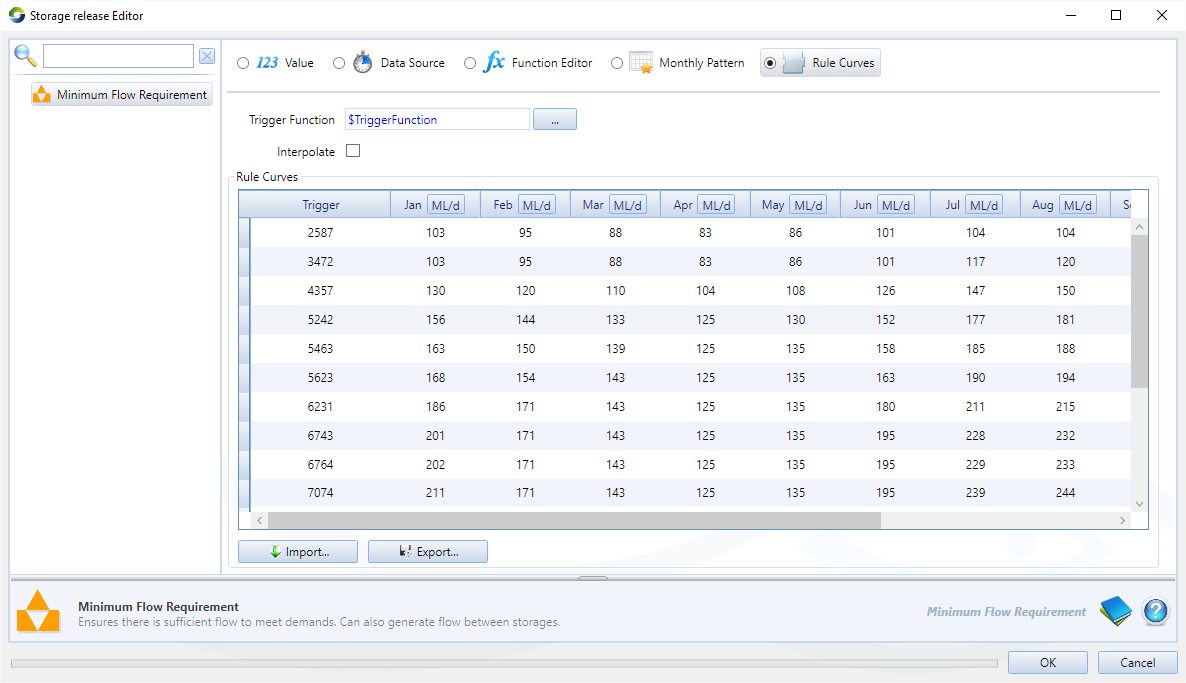 When ownership is enabled, you can define a sharing hierarchy to control how the constraint is apportioned between downstream owners. Refer to Ownership for more information.

When a minimum flow requirement is enforced, there may be a difference between the amount of water ordered and water released. The differences are recorded by the Recording Manager. For more information, see Identifying Constraints. 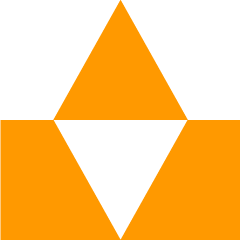